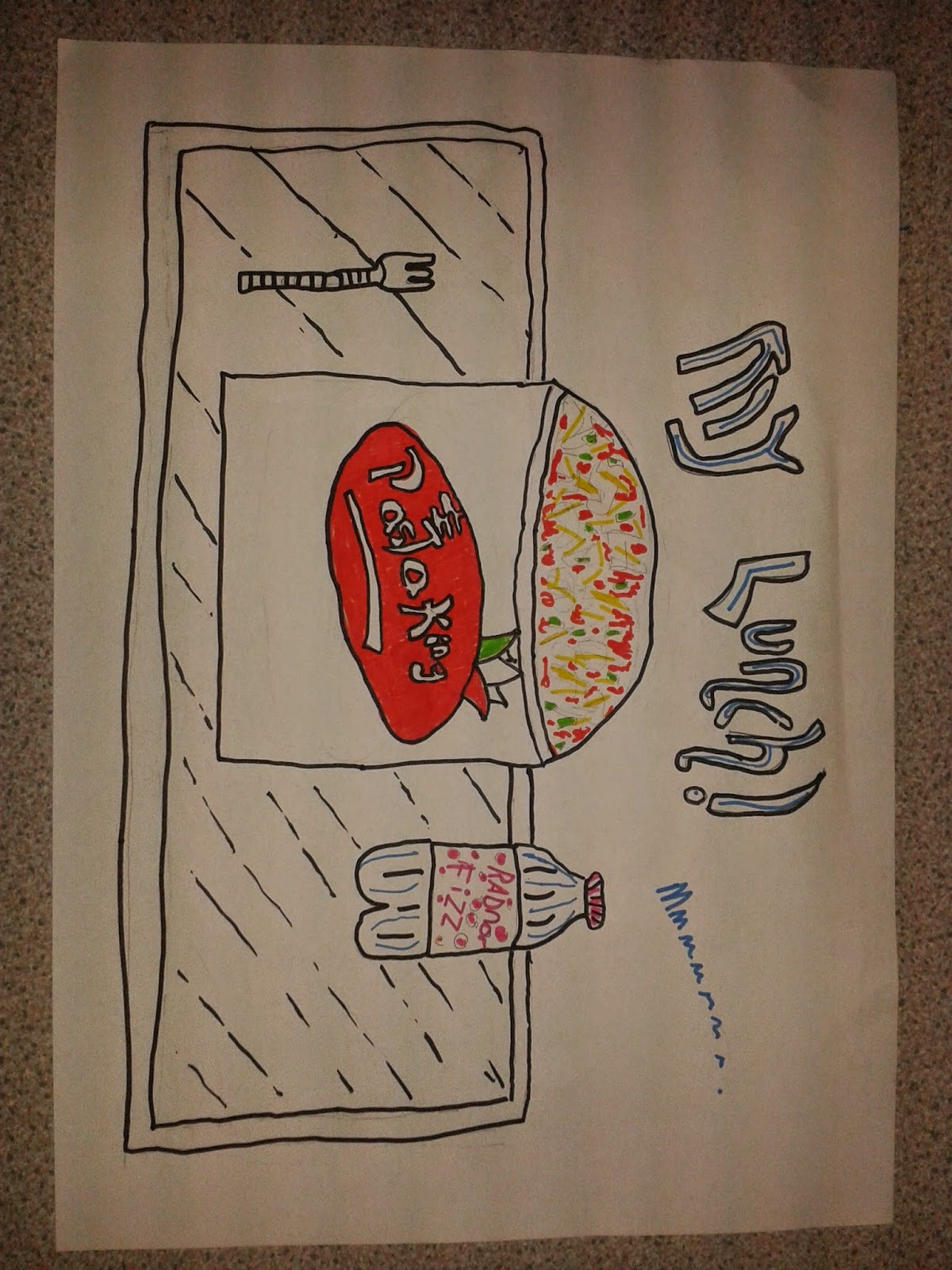 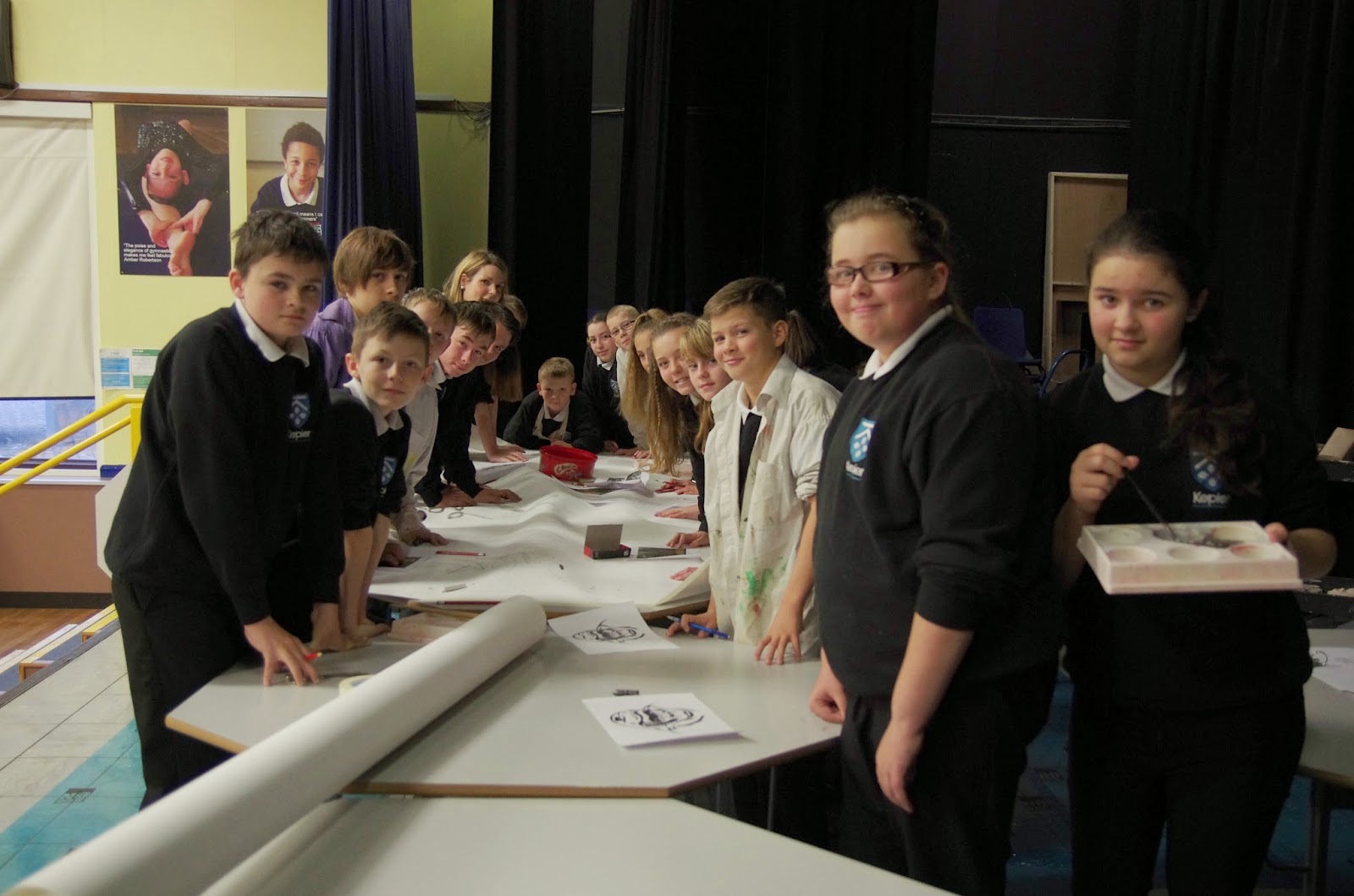 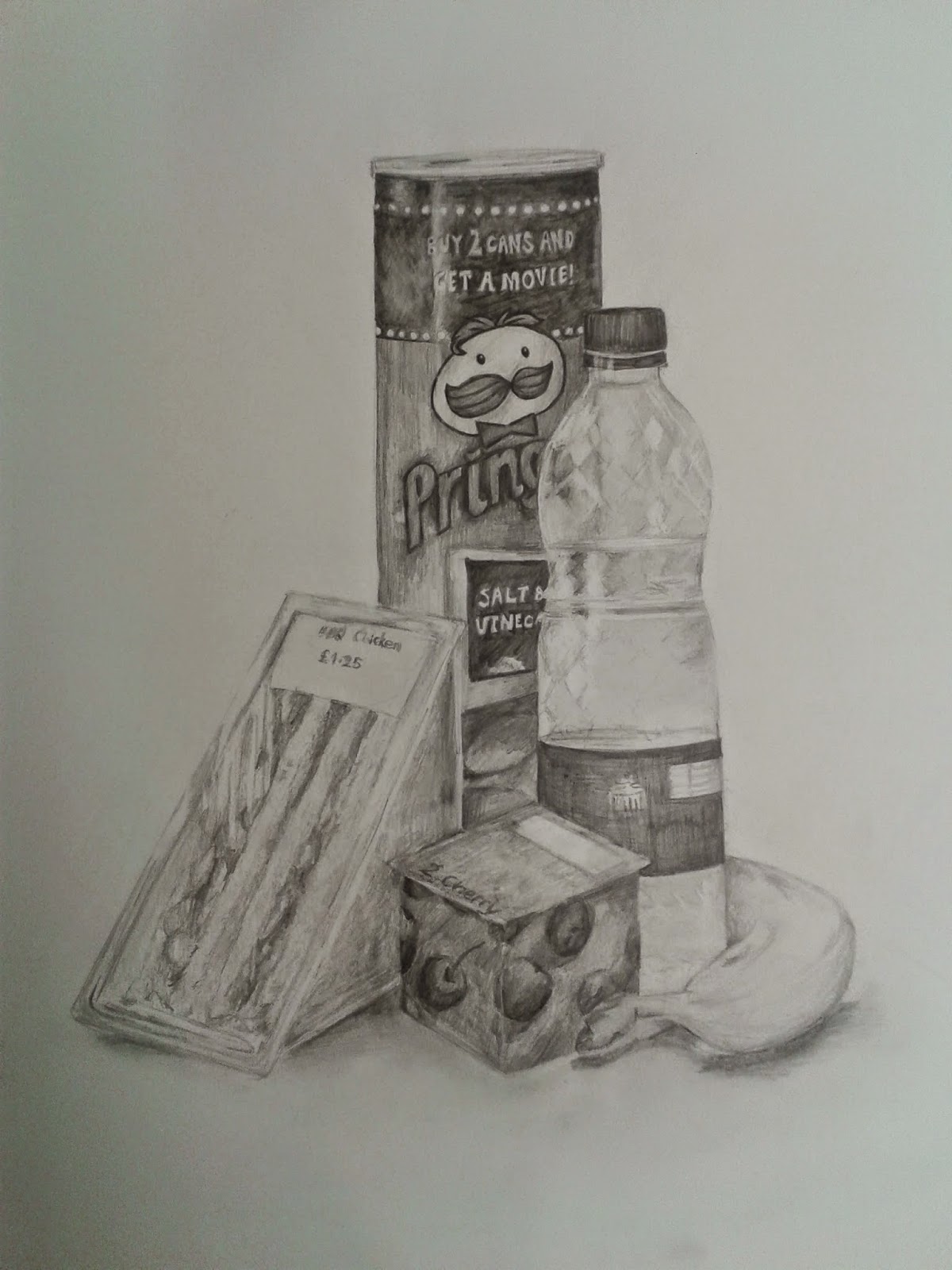 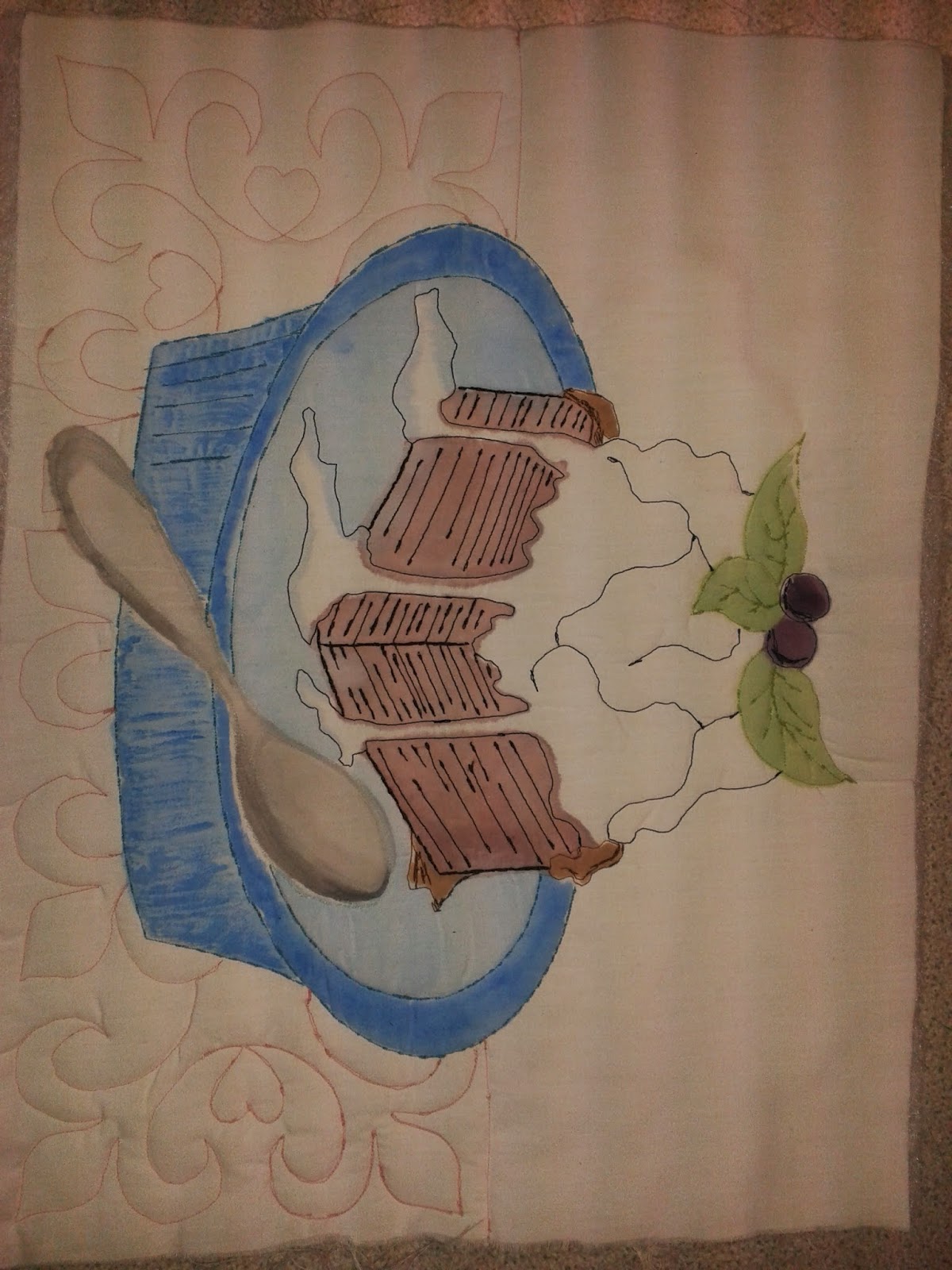 Year 7, 8 and 9 learners had great fun producing two large-scale jungle artworks in the school hall as part of The Big Draw campaign. Learners looked at Henri Rousseau's paintings for inspiration and used graphite, ink and charcoal in response to this year's theme ’It’s Our World'."

Our Head of Art, Miss Bell, also organised a ‘Draw my Dinner’ competition as part of The Big Draw, which ran throughout October.  Learners and staff were simply asked to draw their dinner in their own choice of media.

Daniel in Year 7 won the learner prize - some Staedler coloured pens, a 24 pack of coloured pencils and some chocolates.  Miss Rudge won the staff prize, producing a fantastic A2 still life in pencil and was awarded some chocolates and a hardback sketchbook; Mrs Ward reproduced her favourite chocolate pudding using the sewing machine as a drawing tool, with fabric paints.  Many thanks to all the learners and staff who took part, and to Miss Bell and Mr Lightfoot for their hard work in organising the whole event.
Posted by Mr S Telfer at 11:08