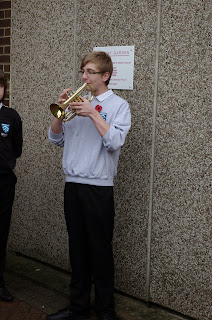 On Monday 11th November, Kepier Academy held its own Remembrance Day ceremony. Representatives from the Academy community gathered in the Main Hall to hear readings and to pay homage to those who died in two World Wars and in conflicts since 1945. A Year 10 learner played the Last Post and learners who are in local cadet groups wore their cadet uniforms and led the ceremony. Mrs Cooper, Principal, reminded those present of the sacrifice made by those who died. The Head Boy and the Head Girl, read the poem 'In Flanders Fields.' At 11am a two minute silence was observed throughout the Academy. Learners then laid a wreath at the base of the Memorial plaque in the Academy Memorial Garden.

Prior to this event, Steven Forsyth, Teacher in charge of History, had led Assemblies during the week 4th - 8th November for all Year groups on the theme of 'Remembrance' and had also sold poppies to staff and learners throughout that week. 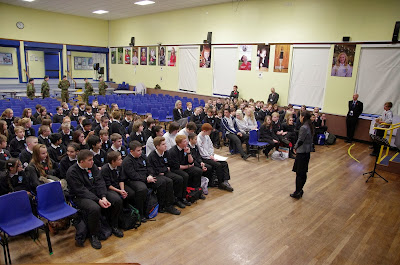 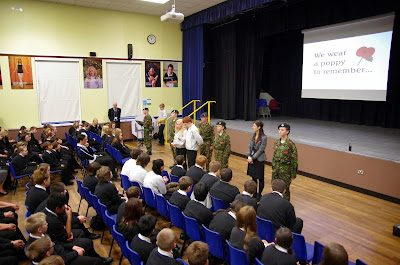 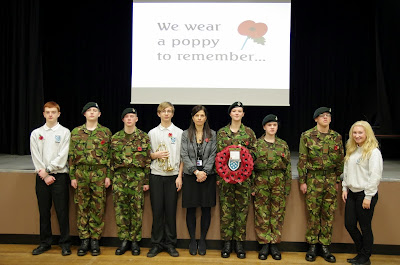 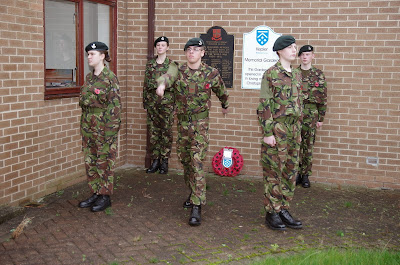