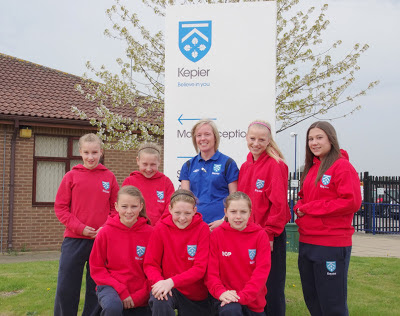 Kepier girls  go to Anfield.  In their league they beat Queens Park Rangers 1-0, Liverpool 2-0, Manchester United 4-1 but lost to Everton 2-1. They finished joint top of their group with QPR, but failed to progress to the semi-finals on goal difference to QPR, which was a real shame as they had already beaten them.

Our Head of PE Vicky Booth said "Understandably the girls were very disappointed not to go through to the semi-finals, but they had a fantastic experience at Anfield, something they will remember for the rest of their lives, and they were an absolute credit to their families and Kepier".
Posted by Tim Bateson at 13:26