Red Nose Day at Kepier has been a great success a small selection of what has happened today is shared below. 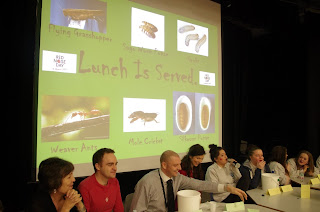 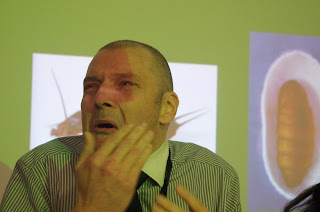 Seven Year 11 Girls and seven members of staff including our Principal Mrs Cooper took part in a Bushtucker Trial in which they enjoyed a gourmet lunch of Mole Crickets, Flying Grasshoppers, Pupae and grubs. The girls have been sponsored by friends and family and staff and learners have been charged £1 to come along and watch the event organised by Mrs Cleugh. In total the girls have raised £183 for Comic Relief. 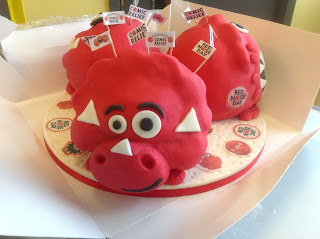 Learners and their families baked cakes and biscuits to be sold at break time on Friday to learners and staff. The total raised was over £200.

As part of Comic Relief Miss Large's Year 11 Tutor group have organised a cake auction.  The Mum of Jabez Straughan made the cakes, which show the dinosaur red noses from this year.  Coaching groups and Staff departments were asked to donate as much as possible into the envelopes, with the 3 who donate the most, getting the cake to share on Friday 15th March. This raised £280!

Learners were allowed to 'wear something red' for school on the day, providing they made a donation to Comic Relief. With all the other events that have  been happening, we would expect the total amount raised today to be well in excess of £1000. 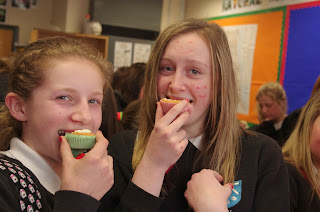