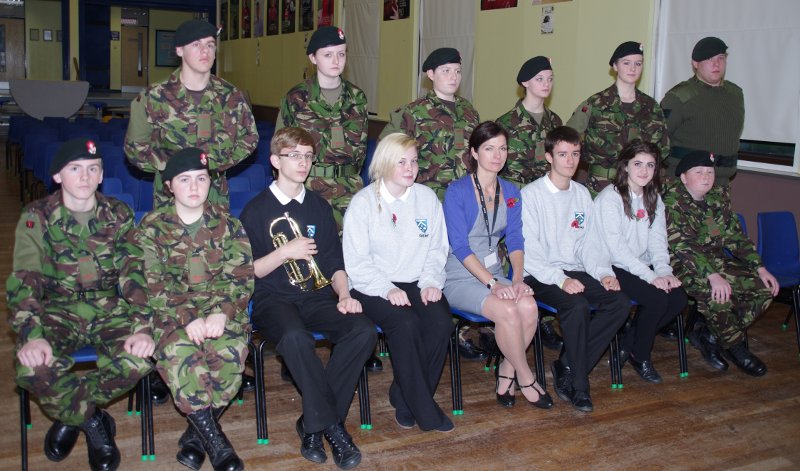 Kepier have this week been holding special events to mark the build up to Remembrance Day this coming Sunday.

Mr Forsyth from our History department has given a talk in morning assembly to each year group about the importance and meaning of the event, using images from the first world war and other campaigns to illustrate the sacrifices made by our service men and women. Mr Forsyth has also arranged for poppies to be sold in school all this week, and we are hoping to exceed the amount of money raised last year from this (which was almost £400). Special thanks from Mr Forsyth go to Val, Janice, Ann-Marie and the year 10s for making poppies.

On Friday 9th, Sergeant Liam Talbot from the Army Cadets came into school, and, with other cadets (who are learners from Kepier) paraded during our Year 7 assembly and when we observed the two minutes silence at 11am, a silence which was impeccably observed by all our learners and staff. Liam is an ex-pupil of Kepier, and it was lovely to have him back to lead this event. During the two minutes silence, the Last Post was played by Ben.
Posted by Tim Bateson at 16:33